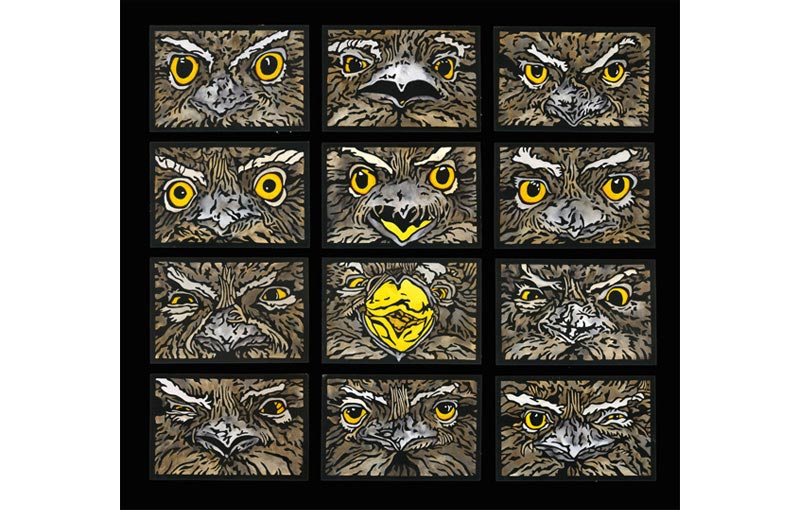 This series of small linocuts were developed from drawing studies of Tawny Frogmouths – an unusual Australian bird.
This bird is often mistaken as an owl but it is actually from the nightjar family as its feet – unlike an owls which are strong and used to catch prey – are small and not as strong as those of an owl.
Tawny Frogmouths use their beaks to catch prey – small insects and creatures like frogs rather than their feet. They also have a ‘brush’ of feathers above their beaks which is thought to aid them in this as well.
This series looks at different aspects of the expression this bird has by using its beak and eyes. Unlike the traditional view of ‘tawnies’ as they are affectionately known, they do not simply sit all day still and mimicking a tree branch. They actually have a range of expressions especially when they are seeking to scare off intruders – these include eyes wide and opening its wide frog-like beak to reveal the yellow inside.