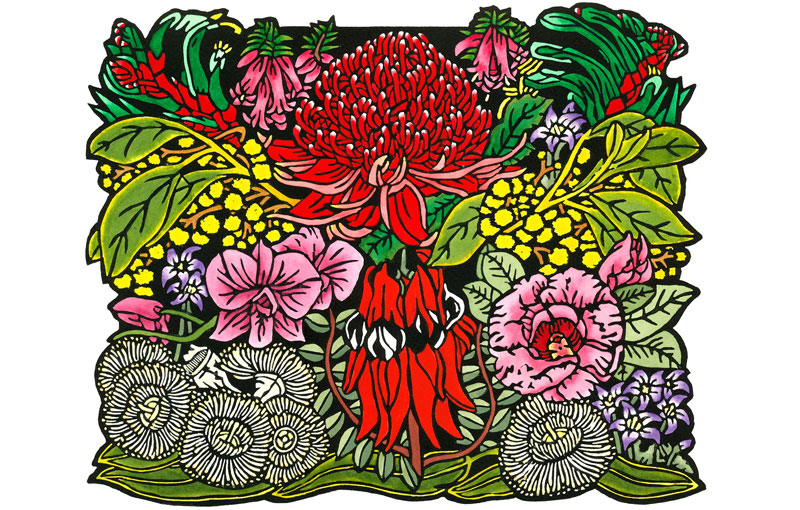 This linocut was commissioned by Lismore City Council as a gift for Yamato Takada City Council in Japan to celebrate the 50th Anniversary of the first Sister City that was created by Father Tony Glynn in 1963. It depicts the Australian national & State & Territory Floral Emblems.