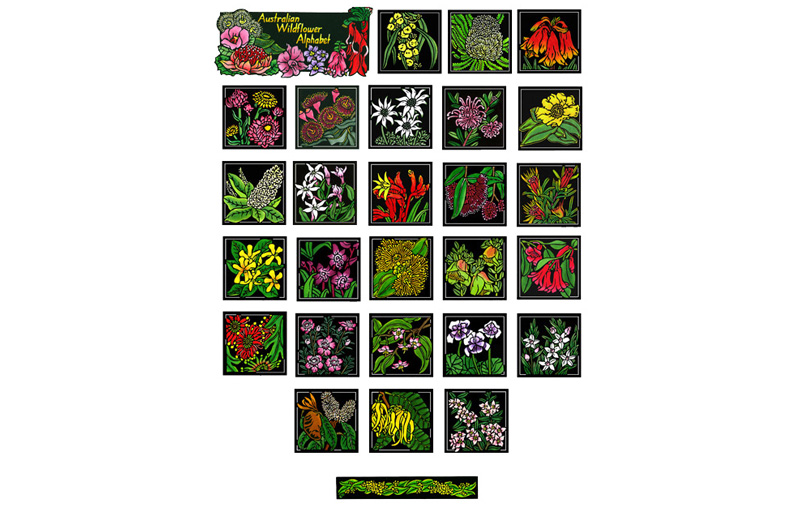 Lynette has worked on the designs for both the Wildflower Alphabet & Wildlife Alphabet for over 5 years. Each letter of the alphabet s depicted within a small 10cm x 10cm linocut.

These are available in a Limited Edition Linocut of an Edition of only 10.

The beginning of the design for each of the Wildlife Alphabet letters had it’s genesis within the shape of the letter. Lynette took the basic idea of the shape of the letter, she then researched & photographed each of the particular Australian wildlife – bird, mammal, reptile, insect – for each letter. The challenge then was to depict some key aspect of each within a small 10cm x 10cm square and which would also work as a whole work when placed together as part of the alphabet. All of Lynette’s linocut designs begin as drawings which are then developed into images that can be carved and printed as linocuts.

The Australian Wildflower Alphabet is a celebration of Australian wildflowers in all their diversity & colour.

Unlike the Wildlife Alphabet the design basis came from the wildflowers themselves and not from the alphabet letters.